A peek inside my head as I watched this season’s Grand Prix events. And to be fair, it’s not always an interior monologue. Sometimes I talk to the TV and my buddies, Tara, Johnny, and Terry. Here’s what I’m saying:

Where happened to the right side of Ksenia Stolbova’s dresses? Did they both rip in the wash? 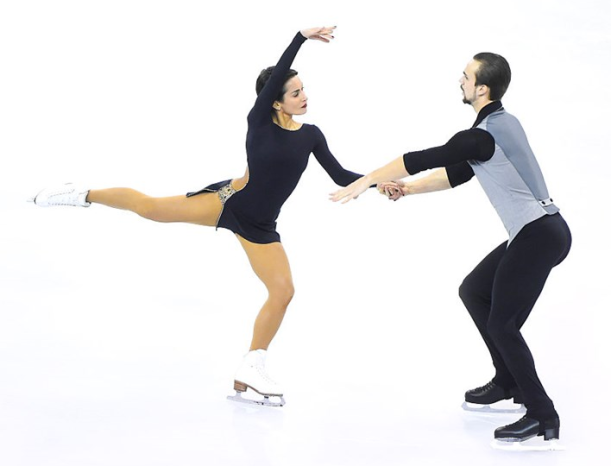 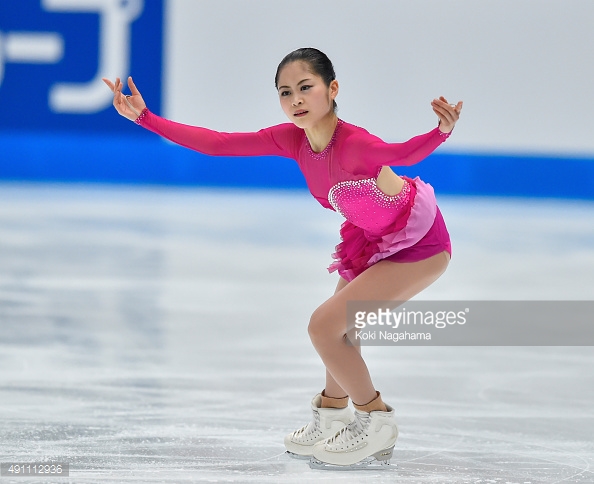 Fedora Frank is the man. 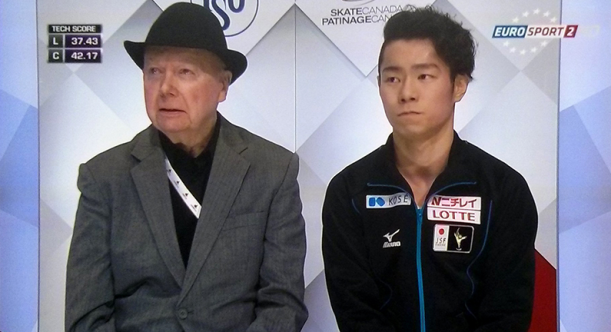 Ashley, please stop talking to yourself before and after your program at center ice. It looks a little cray cray. Just keep it in your head. Interior monologue. Like this one. 😉

Is Adam’s hair purple or gray? (Both, apparently, at various points. And teal.)

Mao Asada’s short program this year is the cutest.

On the flip side, her “Madame Butterfly” long program…not original. How many Japanese women have we seen skate to this Japanese opera, wearing a dress with a sequined butterfly? She’s more original than that, and this piece is creeping up on “Phantom of the Opera” status…

Rafael Arutunian looks like he could play a hit man in a movie. Especially when he leans over the boards and grips them with both hands, while wearing black leather gloves. (Unfortunately, my extensive Google search did not bring up any photo to do this justice. So here is his intense face sans gloves. But you know what I’m talking about, I know it.)

Anybody else talk to the TV while watching skating? Tell me it’s not just me.

Mao Asada has been the talk of the figure skating world since 2006, when she was too young to go to the Torino Olympics, despite being that year’s Grand Prix Final champion. She won an Olympic silver medal in Vancouver in 2010, is a three-time world champion, and finished 6th in Sochi in 2014 before taking last year off from competition. But she is making a comeback this year and has started out strong with victories at the Japan Open and Cup of China. Her season-long comeback reminds me of her epic comeback at the Sochi Olympics, where she climbed from 16th after a disastrous, mistake-ridden short program all the way up to 6th with an inspiring long program. If she can skate like this again, she’ll be a force to be reckoned with at Worlds in Boston in March. Take a look back at Mao’s 2014 Olympic long program on this Flashback Friday:

When I initially looked at the list of entrants for Cup of China, I wasn’t sure it would be a very exciting event. The winners in each discipline seemed like they would almost be a given, but some unexpected performances made this event fun to watch.

And the Grand Prix rolls on with Trophee Eric Bombard this weekend! I hope we’ll have Johnny and Tara back in the broadcast booth for NBC. Terry Gannon and Tracy Wilson called Cup of China, and I was glad to hear them finally acknowledge that Tracy coaches many of the top men on the circuit (Javier, at this event, but also Yuzuru Hanyu). It killed me when Terry would ask her hypothetical questions about a skater’s approach and training and she would answer without acknowledging that she was part of the coaching team. Anybody else? Am I too much of a stickler? Share your thoughts in the comments!